Home > Our Insights > The State of Hops

(Note: The following report was written prior to the onset of the current COVID-19 crisis. As the majority of the world’s more than 25,000 breweries are very small operations reliant to a great degree on sales in their taprooms and out their front doors, sales which are currently reduced or curtailed, it is possible, perhaps even inevitable, that the industry assumptions upon which it was written will have altered considerably by the time of the hops harvest in the northern hemisphere.)

It’s the season of the hop harvest in the southern hemisphere, which makes this as good a time as any to look at the changing face of the hop industry and the evolution of the way hops are used in brewing. And having just completed exhaustive research for the third edition of The World Atlas of Beer, which I co-author with Tim Webb, the two subjects are still very much fresh in my mind.

Hops are an interesting agricultural product in that they really only have one purpose, for use in the brewing of beer. As such, you might well expect the fortunes of the hops industry to follow those of the brewing business, and since global beer production has grown by about 600 million hectolitres over the past twenty years, an increase of close to 50%, you might well expect the hops industry to have done the same.

And you’d be wrong.

According to the annual Barth Report published by the Barth-Haas Group, a global hops company, the total acreage devoted to hops production around the world is pretty much unchanged since 1998, actually dipping significantly in the later 2000s and early 2010s, but settling at 60,383 hectares in 2018, as compared to 60,111 hectares in 1998. Part of this stability over a period of great growth in beer volumes can be attributed to advances in hops cultivation – production increased about 25% over that period and Alpha levels also rose significantly – but it can be equally ascribed to changes in the way hops are used. And here is where things start to get interesting.

The first major shift began well before the beginning of the period outlined above, of course, as major breweries around the world both cut back the bitterness of their beers and pricing pressures required hop growers to focus on the cultivation of high-Alpha and high-yield varieties, resulting in worldwide use of fewer tonnes of higher efficiency hops. The breweries were able to do all this not only because of changing tastes in established markets with lower bitterness beers, but also their ability to influence tastes in emerging markets such as Brazil (in which beer volumes grew 73% between 1998 and 2018), Mexico (118%) and, especially, China (120%, but up by as much as 192% in 2013).

“Another factor that influenced the reduction in hop alpha-acids usage in the industry in the last two decades was growth in the popularity of ‘advanced’ hop products – formulations resulting from the extraction, fractionation and standardization of the components of the hops important to the brewer,” notes Tim Kostelecky, Senior Advisor – Hops for First Key Consulting. “These products are derived primarily from the alpha-acids and essential oils of hops, which respectively contribute to bitterness and hop aroma, and have the advantage of allowing hops to be dosed post-fermentation, improving their utilization in the final beer from about 25 percent to greater than 75 percent in many instances.”

More recently, another change in the way that hops are used has had an impact, and not surprisingly this one involves craft brewers.

Prior to the 1980s, highly hopped beers had been in decline across North America and also in parts of Europe, beer’s twin heartlands through most of the 20th century. Then came craft brewing’s embrace of both the pale ale style – eventually evolving into the IPA colossus – and the Cascade hop, and things started to change.

While hops were traditionally divided into bittering and aroma camps – although not a long tradition; according to hops expert Stan Hieronymus in his book, For the Love of Hops, the Barth Report didn’t differentiate between the two until the 1970s – the way craft brewers started to use hops near the turn of the century, searching for bitterness, aroma and flavour, introduced a third classification, flavour hops.

One of the first of these flavour hops was the New Zealand-bred Nelson Sauvin, named for the city around which it is cultivated and the Sauvignon Blanc-like aromas and flavours it produces, alongside other strongly fruity Kiwi hops like Riwaka and, later on, the Australian Galaxy. These hops allowed brewers to craft bold flavours and aromas with or without their associated bitterness, and sped the development of other hop varieties like them, including the German Mandarina Bavaria and American Citra.

“It’s interesting to note that until this flavour hop classification existed, hop breeders excluded many potentially exciting aroma cultivars from consideration because they were high in alpha-acids,” adds Kostelecky. “The prevailing requirement for the development of an aroma hop variety was that it be of relatively low alpha, and that its addition has minimal influence on the beer bitterness.  It was mainly the demand of the craft beer industry for maximal flavor impact from hops, both bitterness and aroma, as well as the craft brewers’ indifference towards traditional norms, that turned this aroma versus bitter hop thinking on its head.”

While flavour hops are now widely cultivated, their spiritual home seems to be where they are still the best, the southern hemisphere in general and Australasia in particular. As their use is now leading to the creation of whole styles of beer, including the high aroma and often quite low bitterness New England IPA, their cultivation is growing.

Despite year-to-year increases in acreage planted and, in the Australian case, a doubling of the hops industry over the past five years, demand for Nelson Sauvin, Riwaka and Galaxy regularly outstrips supply. Other southern hemisphere countries have taken notice, with South Africa speeding development and production of Southern Passion and Argentina pivoting in a big way towards flavour hops, including the commercial launch of the crimson-hued Patagonia Red.

While southern hemispheric hops are still but a tiny piece of the global hops trade, their influence is outsized and it would be reasonable to expect that it will grow even more so in the coming years as new hop varieties come online. This, in turn, should be having brewers searching for more nuance in the hop profiles of their beers, something one hopes will come not entirely at the expense of bitterness.

The World Atlas of Beer, 3rd edition, by Tim Webb and Stephen Beaumont will be published in the fall of 2020. 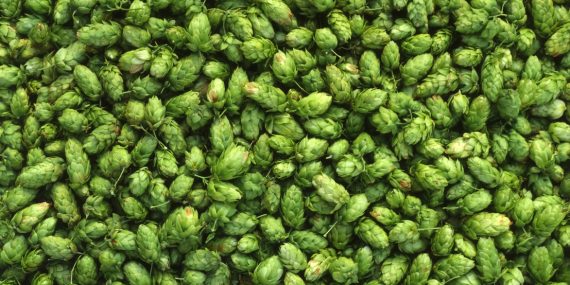 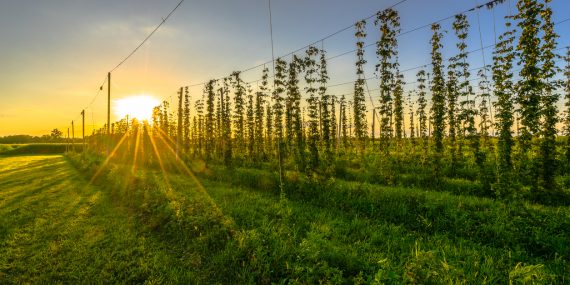 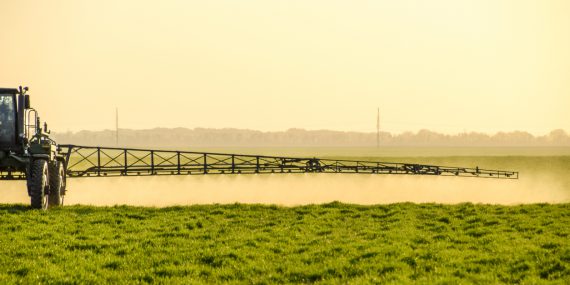