Home > Our Insights > The Promise of Distillation

From 2019 to 2021, and to a limited degree even today, the beer world has spent an inordinate amount of time being fascinated by hard seltzer, and understandably so. As a category, it has experienced growth that has been nothing less than phenomenal since the launch of market leader White Claw back in 2016. Although the pace of growth has slowed considerably, and even flattened over the past twelve months, for a beverage category that literally came from nowhere, hard seltzer’s ascent has been impressive to say the least.

Still, with evidence mounting that the heyday of hard seltzer is now passed, there is great temptation in the industry to look for the next new thing that might compensate for declining overall beer sales. Increasingly the answer is being found in distillation. This, too, makes sense.

According to an analysis recently published by Wine & Spirits Daily, for the twelve-month period ending in February of this year, beer depletions in the United States were down 2% and wine depletions were down 6.5%, whereas spirits depletions were up 5.4%. And within that last statistic, spirits-based seltzers were up 142% while spirits ready-to-drink (RTD) cocktails were up 114.8%.

Given that distilling licences may be relatively simple to obtain, depending upon the jurisdiction in which the brewery is located, the argument in favour of adding a still to the brewery space can be fairly compelling. Before jumping into the spirits game, however, there are several factors to consider.

Sam Calagione, founder of the Dogfish Head Brewery in Delaware, recalls well the struggles he faced when expanding into spirits twenty years ago, including at least one which remains very relevant today.

“One of the biggest challenges we faced was fighting consumer loyalty to national and international brands,” Calagione recalls, “We did it by pushing the same ‘off-centered’ philosophy that we brought to brewing – using unusual and local ingredients and doing things a bit differently – but it wasn’t easy in the early going.”

Indeed, brewers accustomed to marketing their beers as more flavourful alternatives to nationally available brands will quickly find that such an approach won’t resonate the same way with spirits consumers, since many of the big spirits brands are exemplary expressions of their type. So hyping a gin as being more flavourful than, say, Tanqueray, or a bourbon as being truer to style than Buffalo Trace, won’t appeal to the consumer in the same way as promoting a traditional Pilsner or IPA as a tastier alternative to a light beer.

As Calagione suggests, product differentiation is key. While the ‘drink local’ mantra will likely prove successful to some degree in the marketing of craft spirits, as with craft beer, it will not serve a distillery as effectively as will the creation of spirits with both local appeal and a character, style, or flavour profile quite different from what is otherwise already available.

Then there is the learning curve to consider, something with which brewer and self-taught distiller Matt Bod, of Ontario’s Great Lakes Spirits, is quite familiar.

“I went to an interview with Peter (Bulut, owner of Great Lakes Brewing) and within an hour and a half I was learning to distill,” says Bod, “Those first weeks (at the height of the pandemic) I did nothing but read about distilling, and fortunately for me, my first two months was doing nothing but make hand sanitizer from out-of-code beer, so flavour wasn’t a consideration at all.”

While multiple factors might make distillation appear a difficult road for a brewery to take – such as the tightly competitive marketplace for bottled, full-strength spirits, the expense of a still, and the need to develop expertise quickly – there are other options available. One such option may be the burgeoning RTD market.

“Great Lakes has this incredible canning line,” says Bod, noting the reason the company decided to launch their distilling side with RTDs rather than full strength spirits, “The challenge was packaging at 5% alcohol by volume and having (the product) still taste like gin or vodka.”

Mitigating that challenge is what Calagione sees as an edge craft distillers have over the big spirits companies in terms of the spirits-based RTD market. By being more nimble in terms of brand development, risk-taking, and experimentation, craft is better-positioned in a fast-expanding marketplace, he believes.

Furthermore, if the liquor industry is successful in its current efforts lobbying the US and Canadian governments for tax equivalency for spirits- and malt-based RTDs, that already rapidly growing market could become significantly more profitable, as well.

“You will remember that a couple of years ago we had the ‘Summer of Seltzer’ in the US?” Calagione says, “Well, I think this year is going to be the ‘Summer of Spirits-Based RTDs.”

While it might not flow quite so smoothly off the tongue, if Calagione’s ‘Summer of Spirits-Based RTDs’ does indeed come to pass, it could well end up boosting the bottom line for a healthy number of brewery-distilleries that were savvy enough to jump aboard the RTD train before it left the station. 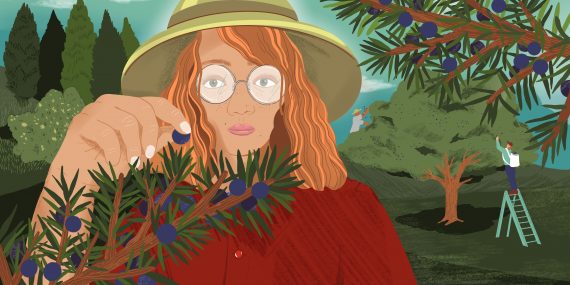 To make a gin requires two things: a base spirit and juniper. This article looks into the sourcing of juniper, a key ingredient when making Gin. 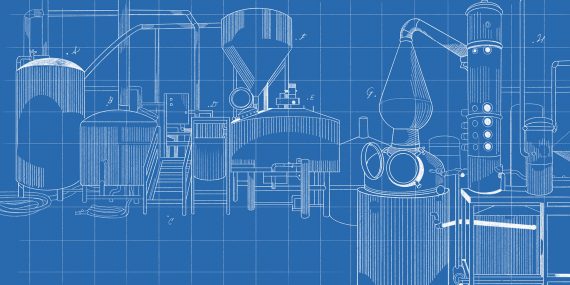 In an effort to take advantage of growing market trends, some business owners have begun to double dip into both distilling and brewing under the same roof. These hybrid operations, often referred to as brew-stilleries, offer a lot of opportunities for growth, marketing, and synergy if done properly. 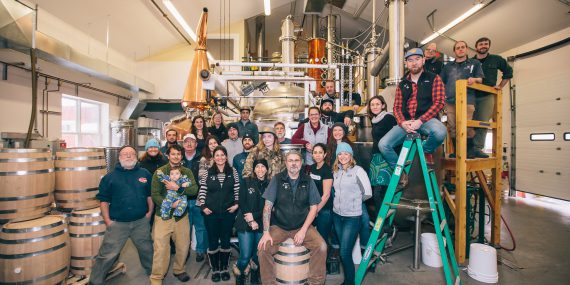 The day before it plans to produce a batch of its crowd-pleasing gin, a distillery discovers it is several pounds short of the right malted barley for the mash.