“Do what’s right.” Such is the motto of Maine Beer Company, a small brewery which first opened its doors in Portland, Maine in 2009 with a mission to keep beer and sustainability at the forefront of its business. It’s a  goal that many breweries are setting for themselves, whether they’re starting anew or in operation for several years and ready to take their brewery’s responsibility to the community and environment to the next level.

As breweries across the country pursue LEED certifications and more environmentally friendly practices, one possible first step to take is adding a solar array to the brewery roof or property to save on energy costs while conserving energy from nonrenewable resources.

“When we began as a company, David and Dan [co-founders and brothers, David and Daniel Kleban] made their mission statement ‘Do what’s right.’ The idea was that this philosophy would extend from our brewing to how we treat our staff, to our relationship with the world around us,” said Anne Marisic, marketing and events coordinator for Maine Beer Co.

Initially, this meant supporting clean energy focused initiatives like One Percent for the Planet and Protect Our Winters. After moving the brewery to its current location outside of Portland in Freeport, Maine in 2013, an opportunity seemed to crest the hills: invest in solar energy. Marisic says the decision to do so has benefited the brewery in more ways than they’d planned for.

“The biggest benefit to having solar power is the reduction in energy consumption from the power grid. That reduces our carbon footprint and saves money. An unexpected benefit is the opportunity for dialogue the panels create. We receive several calls a week asking about our solar power. Many people are asking for guidance about how to make that transition. It’s positive to be able to show others, both individuals and other businesses, that this is an attainable goal and that the benefits far outweigh any challenges associated with making the switch.”

What is a Solar Power system?

“A Solar array is a series of solar panels, which in turn are made up of solar or photovoltaic cells. These cells are capable of converting sunlight to Direct Current”, explains Barry Elliott, a Senior Technical Advisor with First Key Consulting.  “A Photovoltaic system is the complete package, the solar array plus all the components including battery storage and inverter, that safely converts the power and provides the connections to your plant and the local utility so the Alternating Current power can be used around the clock.“

Those challenges craft breweries can face include lack of resources or education about solar array installment, or perhaps the first and biggest barrier, financial burden.

“The upfront cost of solar is usually a hindrance for people,” said Cheri Chastain, sustainability manager at Sierra Nevada Brewing Co. and co-chair of the Brewers Association’s sustainability committee. Sierra Nevada, based in Chico, California, became a leader in brewery sustainability when it built its East Coast location in Mills River, North Carolina, about 15 miles south of beer-friendly Asheville. At the time, there were very few craft brewers to compare to, and even fewer criteria for building a sustainable brewery from scratch.

So, Sierra Nevada took sustainable measures into its own hands by designing a sustainable brewery from scratch to benchmark itself against. As part of their energy conserving design, 2,200 photovoltaic solar panels sit on the warehouse roof and on canopies in the parking lot. “We wanted a visual connection to renewable energy with our guests, so [we] also installed another 50kW in the parking lot in the form of tree-like structures,” which, she noted, include Suniva panels. “The first is a 550kW solar array that covers the packaging and first beer warehouses and includes Kyocera panels.”

In addition to access to capital, many brewers report another key to successfully implementing solar energy: finding the right partner.

“It’s an upfront cost of tens of thousands of dollars, so you have to make sure that you’re working with a company that is reputable, that is doing a good job, and that you can trust,” said Otto Dilba, co-founder and vice president of Ale Asylum Brewing Company in Madison, Wisconsin, who works with Sun Peak.

Ale Asylum was among the first to sign the Brewery Climate Declaration Act, an initiative put forth by Ceres to encourage brewers take greater action toward climate change-related risks. Among Ale Asylum’s eco-friendly practices is a 100kW rooftop photovoltaic solar system atop the manufacturing facility. ”We’re still a business. We wanted to make sure that the return at minimum justified the expense, and over time, it does.”

For Maine Beer Co., in addition to finding the right solar parter is finding like minded organizations to partner with. “Working with organizations like Protect Our Winters and the Natural Resources Council of Maine helps keep us attuned to legislation that affects solar policy,” said Marisic.

One of the first steps of any solar installation, is an assessment of the brewery property to determine the best location, size and type of solar array that will meet your needs. The most effective solar systems are placed on a south facing roof or on a ground mounted system. In either case it is important to place the solar array in a location where there is no shading from roof obstructions, other buildings or trees. If a ground-mounted system is installed, a solar tracking system can be incorporated which automatically tilts the solar array to optimize the collected solar energy. “It is also important to consider future development around the brewery that might block the direct line of sight from the solar array to the sun”, adds Elliott from First Key Consulting.

Julia Person, corporate sustainability manager at Kona Brewing Company in Kailua-Kona, Hawaii, said the right partnership enabled Kona’s inherent sustainability practices to reach new levels. “We’ve been able to work with innovative partners to help us achieve our goals to move towards net zero energy,” said Person, noting that Kona, which has been using solar energy for more than two decades (and sold to Craft Brew Alliance in 2010), is also in the process of designing a new 100,000-barrel/year brewery that will be “world class in sustainability and efficiency.”

“The new brewery will include as many solar panels as we can fit on the rooftop, and a resource recovery center that will let us clean water onsite and create renewable power from methane, the byproduct of water treatment,” said Person. Kona was also recently invited to participate in a pilot with HELCO Energy, Hawaii’s electricity utility, and Stem, a global leader in artificial intelligence-driven energy storage services, to test a small-scale energy storage system. These solar panels will charge a battery that will allow the brewery to use the stored power during peak rate times, she said.

Breweries wary about solar’s upfront costs should also seek out financial incentives. Said Marisic of Maine Beer Co., “Financial incentives associated with the panels include a reduction in the monthly power bill, [and] federal and state programs , such as the Federal Renewable Energy Tax Credit can make 30% or more available to help defray the upfront costs of the solar panel installation and quicken the return on investment.”

Solar Trends on the Rise

A-B’s “Elevate” pledges that each of its 11 craft partners will receive solar panels for their facilities, and that by 2020, all of them will have shifted to 100% solar- and wind-renewable electricity. In addition, they will have reduced water usage by 20%.

Another attractive aspect of solar energy investment that brewers may overlook—and customers won’t—is the spectacle of a solar array.

“The larger incentive, as we see it, is the uptick in visitors to the brewery who are curious about the panels,” said Maine Beer Co.’s Marisic. “Our solar panels and trackers make a pretty big statement when you approach the brewery. We’ve found that beyond it being a sustainable energy source, it opens up a conversation with our visitors about solar power and gives us an opportunity to educate more people about the benefits of clean energy.”

Put simply, “Solar powered beer is interesting!” Brock Ashburn,  VP operations at Asheville, North Carolina’s Highland Brewing Company said. “Once customers read about the array, or view it for the first time from the rooftop bar, they are impressed and want to learn more about it.”

Brewers large and small agree that adopting solar energy and other eco-friendly practices is essential to the longevity of the craft beer industry. In fact, it can be summed up in this mantra: a better environment means better beer.

“When we built this [brewery], the first question we always asked ourselves is, ‘what’s best for the beer?’ Once you’ve satisfied that particular question, the next question is, ‘what’s best for the environment?’” Dilba of Ale Asylum said. “Beer and the environment go hand in hand. Without the environment, without the raw ingredients, you can’t make beer. All of our ingredients are raw ingredients. We need to know that those ingredients—and even the most basic one, water—are something that we’re going to have ample supply of. To be able to take care of the very environment which provides us the very opportunity to make beer and to enjoy it…It should be innate.”

Echoed Sierra Nevada’s Chastain, “If we want to continue doing what we’re doing, we have to make sure that we are doing it in a way that doesn’t damage our environment and our cultures to a point of destruction. Brewers rely entirely upon our environment for the raw materials we need—hops, barley, and water.  As our environment changes, our access to those ingredients will change. It is our responsibility to reduce our impacts where and whenever possible so that we can continue to brew amazing beers.”

Cat Wolinski is a beer writer based in Brooklyn, New York. Find her online @beeraffair or beeraffair.com. 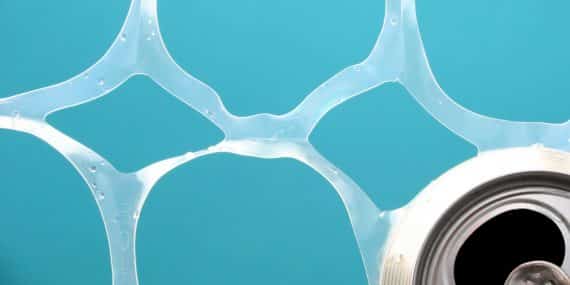 Growing concern over single use, fossil-fuel based plastics is prompting brewing companies worldwide to take another look at packaging and source more environmentally friendly and sustainable alternatives.