Home > Our Insights > E-Commerce and Beer: How High is Up?

Despite its disastrous consequences for many, the 2020 pandemic has had a few silver linings. One of those has cast its glow onto the e-commerce industry. Thanks to Americans’ general reluctance to venture out to shop, Amazon, for example, reported a third-quarter increase of 37% in earnings, tripling its profits.[i]

Of course Amazon isn’t a conduit for beer sales. But Drizly is, and the e-commerce platform for alcoholic beverages has reported similarly impressive results – so much so that Uber recently announced its acquisition of Drizly for $1.1 billion.[ii]

With or without the purchase by Uber, Drizly was poised for solid growth in 2021. Brewbound’s new “Data Club” series debuted on November 19, 2020, with a presentation by Drizly’s Head of Consumer Insights, Liz Paquette. Few were surprised by her report that the company’s Gross Merchandise Value through June of 2020 was 3.5 times as large (i.e., a 250% increase) as the prior year’s value for the same period.[iii] She said that growth actually “settled back down” to this figure after an even greater surge early in the pandemic.

Drizly’s experience appears to be reasonably representative of online alcohol sales more generally. With almost 20% of the market for online sales[iv] (and an ever higher share of online beer sales), Drizly is at minimum a harbinger of category performance. Meanwhile, research firm Kantar estimates that alcohol sales through all online platforms increased by “triple digits”[v] and Nielsen estimated a 243% increase for the week ending March 21st.[vi] So it appears fair to say that all platforms are generally in the same ballpark when it comes to growth rates.

As for what might happen next year, two opposing factors will be affecting the growth of alcohol deliveries. The first: it will be virtually impossible for growth rates to come anywhere near last year’s performance, because last year was essentially a “Black Swan” – a unpredictable, non-repeatable event.  The second: Uber will give Drizly, at least, a major boost – and as Drizly goes, the category will go.

Some states that had loosened restrictions on Direct-to-Consumer sales only because of the pandemic will reinstate those limits when the perceived need has passed. As Brewers Association Chief Economist Bart Watson recently pointed out, certain influential players prefer the former status quo, and so “much of the progress that’s been made in market access for small producers could quite easily get rolled back in 2021 as the market improves and the argument for these things … go[es] away.”

But even when the pandemic is over, not all drinkers will flock back to the bars and restaurants where e-commerce has virtually no role. There will certainly be some percentage of drinkers who have now embraced the “stay at home, drink at home” mindset for the longer term, even after the pandemic subsides. They’ve learned that it’s easier, cheaper, and almost as much fun to have friends over for beer.

And in fact, many if not most of these did not in fact come to this mindset as a result of the pandemic. As early as 2018, according to global market research firm Mintel, 29% of late wave Millennials (ages 24-31) reported drinking away from home less often compared to a year earlier, while only 17% said they were drinking away from home more often, for a net decrease of 12%. (See Figure 1.) And that’s a win for off-premise sales in general, which makes it a win for e-commerce in the alcoholic beverage market as well.

As a result of its acquisition Drizly will not only continue as a standalone app, it will be nested in the Uber Eats app. This instantly expands Drizly’s reach tremendously – from 1,400 North American cities to 6,000. That means there are 4,600 cities where the timing of delivery has shrunk virtually instantly, from 2-3 days (where the only option was shipping) to a matter of minutes.[vii]This will certainly help offset some of the difficulties faced by on-line alcohol sales in terms of comparisons to last year’s performance.

A Framework for Projections

While we won’t venture to make a quantified prediction about the likely growth of e-commerce in 2021, we can lay out a framework to gauge its general potential. We used the data from Drizly and Mintel to break down the 250% growth of Drizly Gross Merchandise Value into estimated contributions from different components. Based on our earlier comparisons, we see these as arguably fair approximations for online alcohol sales more generally.

The different components of total dollar sales (or GMV) are as follows:

Figure 2 uses this framework to estimate each factor’s contribution to the reported growth. The heights of the bars at each step are indexed to dollar sales for 2019, which was set to 100 (the bar on the left). The bar on the right captures total dollar sales for 2020, indexing at 350 (i.e., growth of 250%). The bars in between the two ends break that growth down into the different components.

The framework illustrated by Figure 2 can be used as a starting point for creating multiple scenarios for the performance of e-commerce in the beer business in 2021 and beyond. Here’s one such scenario.

Kantar estimates that 30% of customers who bought alcohol online because of the pandemic will remain long-term users.[viii] (Paquette did point out that, as of the November presentation, “Our mix has shifted a little back in the direction of folks who were using Drizly in those early days.”[ix]) With seven in ten not returning, that will be a drag on the growth of the customer base – which will nonetheless grow naturally, like the user base for any new innovation. The aforementioned likely restoration of limits on DTC sales will also play a limiting role.

This would result in Gross Merchandise Value 24% greater in 2021 than in 2020. That would still be fairly impressive, coming after a year of 250% growth.

Of course, that figure may well seem conservative to many and like a stretch to others. But we invite you to work through your own scenarios. 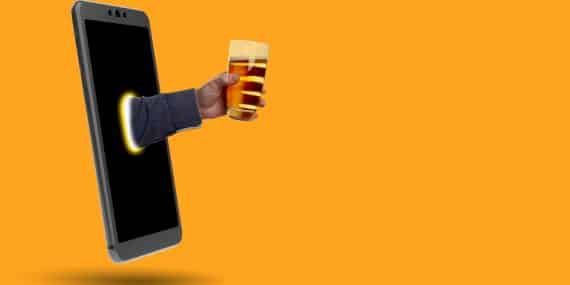 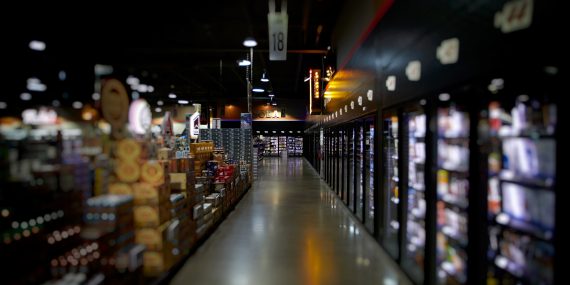