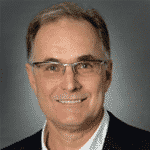 Chris Barrow is the Managing Partner of First Key Capital Advisors - a subsidiary that focuses on providing acquisition and divestiture, valuation, due diligence and M&A transactions services to breweries, private equity clients, family offices and investment banks around the world.

Prior to joining First Key, Chris held senior leadership roles in the brewing industry in Asia, Africa, Europe and North & South America. He worked with SABMiller in various roles around the world for over 15 years and then joined Heineken in 2004. Chris ran a number of global projects in Asia and Latin America before becoming Managing Director for Heineken’s Latin America business unit. He was the President of Heineken’s Polish operations from 2007 to 2010 and, in 2010, was appointed to run the newly acquired FEMSA beer business in Brazil. From there, Chris was promoted to the position of Chief Strategy Officer for Heineken working directly alongside the CEO to lead the organic and inorganic strategic development for the company. From 2015 to 2017 Chris was Chief Strategy Officer for Pabst Brewing Company.

Chris qualified as a Chartered Accountant in South Africa and has a Bachelor of Commerce (Hons) from the University of Cape Town. He has served on many industry boards around the world and brings a wealth of industry knowledge and contacts to clients. Outside of First Key, Chris enjoys outdoors sports, especially anything to do with water, and spending time with his 2 sons.