Home > Our Insights > The Rise of Draft Beer

Who killed the bucket boy?

No, this isn’t a murder mystery, but instead a reference to the death of the institution known as the bucket boy. In the late nineteenth and early twentieth centuries, corner taverns often employed young boys to deliver open buckets full of beer to thirsty households and even factories, where beer accompanied workers’ lunches. This practice suddenly ended with the enactment of Prohibition, since the bucket boy was no longer needed. In 1933 Prohibition was repealed and the beer business returned much as it had been previously, but the bucket boy did not.

The bucket boy’s demise had a lot to do with the introduction of beer in cans in 1935. Until that point, draft beer was the only affordable option, and historically more than 85% of all beer was sold in draft form[i]. The can changed everything, and by 1999 draft beer had declined to 9% of industry volume[ii], where it stabilized for several years.

With the onset of the pandemic draft beer had a particularly tough year in 2020, even more so than the category overall. Draft’s share fell to 0 in weeks 13 to 17, and finished the year at only 5.8%[iii]. While expectations are that the industry will gradually return to normal, some impacts of the pandemic will be ongoing; in April, Forbes reported that “retailers have permanently cut their overall number of taps roughly in half.”[iv]

In light of this, are there reasons to believe draft beer has a rosy future? The answer is yes; draft beer may be in the early stages of regrowing its share of the beer industry. An outright surge in draft share is unlikely, but steady growth is not out of the question.

A funny thing had happened in 2004. Draft beer’s nearly seven-decade decline as a share of the overall market was arrested, and began edging upward. From that bottomed-out market share of 9% in the early years of the 21st century, it rose to 10.3% in 2019. A gain of 1.3 share points spread over 15 years would hardly seem to be meaningful, but there are some tailwinds behind it. Long-term and intermediate-term trends provide important context.

In “A Concise History of America’s Brewing Industry,” Martin H. Stack offers this comment: “The rise of packaged beer contributed to the growing industry consolidation.” Once canned beer became more and more widely available, breweries were able to send beer beyond the range of a bucket boy’s legs, and several brewers took advantage of that rapidly widening reach, in part through buying other breweries.

Figure 1 shows the long-term trend of consolidation, in the form of each decade’s top ten brewers’ share of industry volume. It’s rise and flattening parallels the growing share of packaged beer fairly closely.  However, it’s likely that consolidation was not just a consequence but a cause of packaged beer’s rise. The big national breweries actively promoted beer in cans because it was more profitable, and this ultimately further enhanced their ability to consolidate.

In 1990, there was another industry shift. That seemingly inevitable rise in the concentration level of the industry peaked, and began a modest decline. Craft brewers’ decades-long growth had finally reached the point where they could collectively offset the trend of the large brewers share of industry volume increasing, if only by a tiny amount. In parallel, craft brewers’ greater reliance on draft beer, finally ended the long run of growth for packaged beer’s share.

Of course, thanks to its relative skew to the on-premise, craft beer had a tough pandemic year compared to beer overall. Yet the underlying drivers of craft growth of industry share remain in place, and so it stands to reason that growth will resume at least to an extent. And the continued growth of craft beer will continue to draw draft’s overall share upward.

If anything will accelerate draft’s growth to any extent, it will be innovation. A recent report commissioned by Micro Matic, Quo Vadis Draft Beer? discusses some ideas for encouraging beer consumption in draft form. One of the chief potential drivers, though not a new innovation by any means, may be expanded use of 1/6-barrel kegs. These are more conducive to maintaining draft beer quality and allow for more turns per line, which may in turn result in more retailer and consumer interest in draft beer.

The Air Bar from Micro Matic, a narrow cart housing a keg and topped by a tap, which can provide draft beer from a moving location at venues such as stadiums and arenas, and could also be used to dispense right at the table in bars and restaurants.

Tabletop self-dispensing, taps built directly into a bar or restaurant patron’s table, with a keg centered underneath. With this equipment, the customers actually do the dispensing themselves. This is already growing in popularity as on-premise retailers look for new ways to engage customers.

Draft dispensing at home. As the home increasingly becomes “The New Third Place,”[v] with more people trying to bring the social energy and engagement of the on-premise to their at-home drinking, some may seek to incorporate the draft experience.  A larger availability of 1/6 barrel kegs would make this option even more desirable.

While none of these options are likely to revolutionize how people think about or use draft beer, each helps translate the modest tailwinds supporting draft growth into action. Where will draft’s share of the beer market be in five years? Despite some short-term setbacks related to the pandemic, the drivers of growth may well outweigh any downward drag.

Somewhere a bucket boy is smiling. 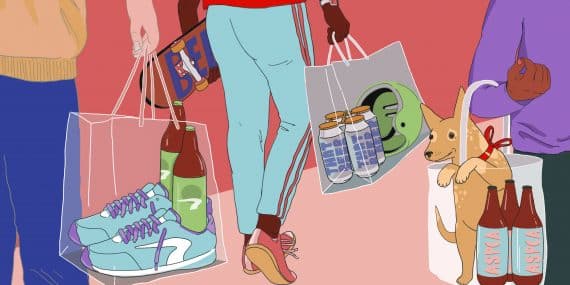 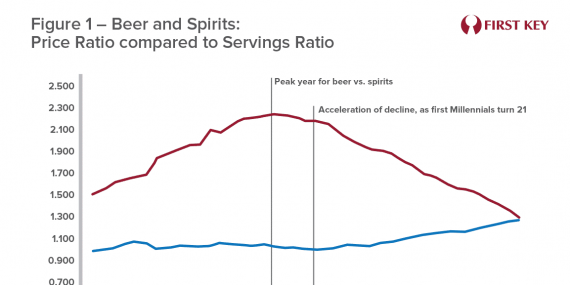 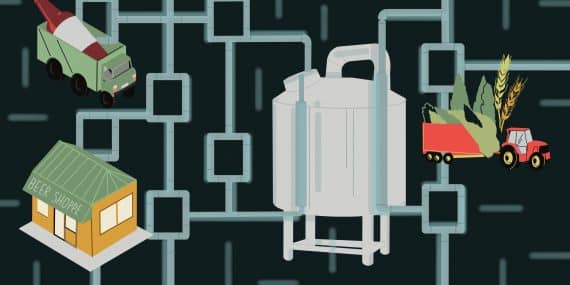