Home > Our Insights > Is Beer Sailing in Uncharted Economic Waters?

In the unlikely event you haven’t experienced it in your own life, you’ve no doubt seen it in the headlines. The economy, to put it mildly, is not going in a good direction. Consumer prices are rising at their highest rates in decades. Gas prices are at unprecedented levels. Concerns about a potential recession are growing among economists and just about everyone else.

All of these disturbing trends affect the beer business in many ways, from drinkers potentially cutting back consumption to the cost of delivering a truckload of beer. But if there’s a single most important driver of where the beer market is headed, it’s how beer drinkers feel about the economy, as measured by the Consumer Sentiment index published regularly by the University of Michigan. This metric is highly predictive of certain beer-buying behaviors, and it’s currently at its lowest level since it was first measured in 1952.

But what may be surprising to many is that falling consumer sentiment may actually be good for beer sales – although bad for beer’s price mix.

First, let’s talk about the magnitude of the current problem. Since 1952 the University of Michigan has published a monthly read on Consumer Sentiment based on a scientific survey of households, gauging their degree of optimism or pessimism through a series of questions. The index uses the first quarter of 1966 as the base year (i.e., its value has been set to 100 for that year). In May of this year, the index slid to 50.2 – the lowest in its 70-year history.

Figure 2 portrays two line-graphs. The top line is the Consumer Sentiment Index for each year (using the left-hand scale). The lower line, using the scale on the right, is drawn from Figure 1 – it shows the difference between actual per-capita consumption and the trend from that graph. (Note, for example, that as previously mentioned this measure is negative between 1991 and 1998, but positive from 2004-2010.) Beer’s performance relative to trend has a fairly strong tendency to move in the opposite direction of Consumer Sentiment. When consumers are most optimistic, beer doesn’t do quite as well as expected, and vice versa. Consumer sentiment started a nice upward run in 2008, even as beer’s performance fell relative to its long-term trend.

It’s always tricky to interpret overly simple economic analyses such as this one, and yet a likely explanation is that drinkers tend to trade down from wine and spirits as a result of growing economic distress. Or it may even be that beer benefits the same way that comfort food benefits during anxious times, as a source of familiarity and, well, comfort.

However, whatever the reason for beer sales and consumer sentiment tending to move in opposite directions, it also appears that, within beer, reduced sentiment may result in consumer shifting from craft beer to mainstream beer.

We did a similar analysis focusing on craft beer’s share of the overall U.S. beer market. This is a little more challenging, since craft share doesn’t approximate a nice straight line in the long run, but we’ve captured its basic pattern using a phenomenon known as a social diffusion curve, or S-curve, so called because it resembles a flattened letter S[i]. Figure 3 shows both craft’s actual share of beer and an approximation of the overall pattern using such an S-curve (actually two S-curves stitched together).

Taking the gap between the two curves in Figure 3, we graphed the lower line in Figure 4 – in other words, how craft beer has performed relative to its long-term trend in each year from 1981 to 2019. This again uses the right-hand scale. Once again, the upper graph is the Consumer Sentiment Index (measured on the left-hand scale). In this case it’s harder to detect any substantial visual correlation between the two, although there are a few years where both lines tend to move – admittedly rather loosely – in similar directions. Between 1995 and 2012 craft’s performance relative to trend was arguably softening, and while Consumer Sentiment was strong during the early phase of that softness, it ultimately declined as well, with both lines bottoming out during the global recession of 2008. Since then both Consumer Sentiment and craft performance relative to trend have been on nice upward trajectories. This is far from conclusive, though few would argue that craft beer likely benefits from consumer optimism.

Of course, none of these graphs run through 2021 and 2022, when the index has reached alarming lows: 71 in 2021 and 50 in the current year. This index tends to be a leading indicator. As such, a literal interpretation of the history suggests that this could foretell growth for the beer category even as the mix shifts downward.

But here’s what may be an interesting and potentially relevant series of facts about the index. We ran a simple econometric model and found that the level of the index in a given year is largely a function of the inflation rate, the unemployment rate, and GDP growth. This is hardly surprising, since the index is designed to capture economic optimism or pessimism, and these are clearly key influences on the national mood. The results of this are shown in Figure 5.

Each of these periods prior to 2022 are aligned with recession years. In a recession many American consumers are more pessimistic about the economy than is warranted by economic conditions. Yet in 2022, while there has been much speculation about a looming recession, the economy has not in fact been in recession. The negative sentiment in 2022 is not only unprecedented, it’s not explained by traditional economic measures alone – if by “traditional” measures one means inflation, GDP growth, and unemployment.

The culprit appears to be gas prices. Historically, spikes in gas prices have been associated with shortfalls in consumer sentiment. While there has been a lot of concern expressed recently about the current and future direction of those more traditional economic measures, gas prices are much more in our faces. Unlike other goods whose rising prices allow for at least some adjustment in our behavior, gasoline is a commodity for which there is no short-term substitute. Not only that, each one of us sees the impact on a weekly basis, staring out at us when the digits on the gas pump finally finish their upward scrolling.

Historically, weak consumer sentiment has may implications, within the beer category and certainly beyond. But in this particular analysis it appears that falling consumer sentiment has generally been good for beer sales, though bad for beer’s price mix. However, we’re in unprecedented territory here. We really won’t know how all of this will shake out until we finally get some good economic news – at the pump, or elsewhere.

[i] Social scientists borrowed the idea of diffusion curves from epidemiology, where they model the spread of diseases. In fact, any phenomenon that spreads from person to person, including brand and product choices that spread by word of mouth, can be modeled by such curves. The growth rate in a given period is a function of the current market share and the potential market share at its peak. 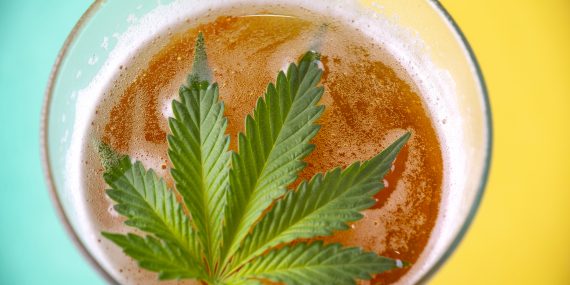 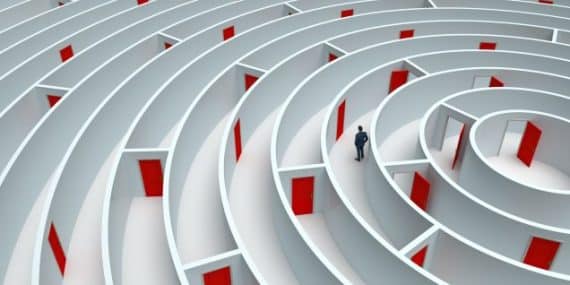 Addressing the Can Shortage