Home > Our Insights > After IPA, What’s Next for North American Craft Beer?

In the beginning, there was pale ale.

By “beginning,” of course, I mean the start of the modern craft beer renaissance, and by “pale ale” I am obviously referring to Sierra Nevada Pale Ale, the beer that started the ‘C-hop’ movement which saw Cascade hops vaulted from the shadows into the limelight, ultimately to be joined by Centennial, Chinook, Citra and other, similarly assertive hops with names that begin with other letters.

The American style pale ale that Sierra Nevada pioneered was the first modern national beer style, and as such has become a hallmark of the development of artisanal or ‘craft’ brewing worldwide. Of course, that was not the end of it.

Although India pale ales remained relatively rare beasts throughout the balance of the twentieth century, at the start of the new millennium something shifted, big time! Almost overnight, what was a beer style on the fringe, widely considered too bitter and often too strong for the average beer drinker, became a juggernaut. Long before the first decade of the twenty-first century gave way to the second, American style IPA had become the dominant craft beer style in the United States and, increasingly, throughout the beer-developed world.

So great was the marketing power of the IPA, in fact, that spin-offs began to emerge, at first timidly, then more boldly, and finally with brazen abandon. Such was, and is, the IPA category creep that we now have black, brown and white IPAs, single, double and triple IPAs, session and fruit IPAs, and any number of variations masquerading under the banner of “hazy” or “New England” or “juicy.”

And looking at the latest style sales figures, it doesn’t seem likely that IPA as an overarching category is going to fall from its perch any time soon. But trends being trends and category creep being what it is – how dominant would IPA really be if we segmented out its disparate substyles? – it’s worth musing today on what might become, if not the beer style leader, then the style that people are most talking about tomorrow.

What I’m pretty sure it won’t be is the brut IPA. Although it’s enjoying its moment in the sun right now, the dryness brought on by the special enzymatic reaction typical of the brut IPA is not something particularly relished by most beer drinkers, the majority of whom favour at least a little residual sugar in their ales. For this reason, I expect the brut IPA to be little more than a footnote by mid-2019.

Also unlikely, in my view, is that some other IPA sub-genre will emerge to become the ‘next big thing.’ We have been cycling through IPA variations for some time – black then fruit then session then hazy then milkshake then brut – and each one, with the obvious exception of hazy, seems to have less staying power than its predecessor.

Which brings us to so-called ‘sour beers’ and their potential for the future.

A category that is not really a category – ‘tart’ better describes their flavour traits and ‘mixed fermentation’ is a far superior way to notate their family resemblance – sour beers can be neatly divided into two broad categories, barrelled and kettled. The former take years to make and, as such, are not really viable as massive best-sellers, while the latter, well, they’re fairly simple, aren’t they?

Anyone who has sampled kettle sours in number will be familiar with my point. While some innovative techniques have brought complexity to beers soured by microflora in the kettle prior to boiling, most such beers remain rather one-dimensional in their flavour profiles, which is why, whether Berliner weisse or gose or simple ‘sour ale,’ they are so popularly laced with fruit or various botanicals. Unless such beers are coaxed to greater depth and complexity through advanced processes of acidification, it is my prediction that they will eventually fall out of favour with consumers.

So, what’s left? Why, lagers, of course!

While some have expressed concern that a potential rise in the popularity of golden lagers might lead us back to a time when beer was more uniform and, quite frankly, less interesting, the pilsner and helles style lagers I see growing in popularity in some parts these days bear scant resemblance to the mass market lagers of the 1970’s and 80’s. And although light lagers maintain an unquestionable mass market appeal, the IPA drinker trained on hoppy bitterness is much less likely to gravitate towards a nationally distributed light beer than they are a local or regional pilsner.

Now, before you mention it, allow me to quickly add that the beers I’m referring to are decidedly not the so-called ‘Mexican style lagers’ that have been brought out by some breweries to add volume at the possible expense of reputation. Those beers, whether amber-hued in the pseudo-Vienna style of a Dos Equis or pale as a Corona, are competing in a space that is only tangentially craft and appeal mostly to major label drinkers who are looking for a refreshing change. The lagers I see as the coming wave are quite a different sort of beer, defined by balance and hop complexity and careful conditioning rather than lightness and ability to quench a thirst when ice-cold.

As with other popular beer styles of European origin, the pilsner and the helles will be and, in fact, are being brewed in both traditional and ‘North Americanized’ versions, with hop variations and processes like dry-hopping being applied with wild abandon. Unlike the American pale ale style, however, I see both classic and modern interpretations growing in popularity.

A couple of years ago, I asked a group of fellow beer scribes whether the predictions we were all making about pilsner and helles lagers being part of a coming trend were reality-based or more centred upon what we all hoped would happen, and one by one we all grudgingly admitted that it was probably more the latter than the former. Today, I think the real world might finally have caught up with our wishes.

We’ll see more come the spring and summer of 2019. 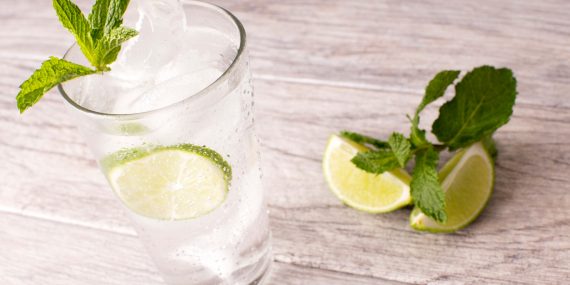 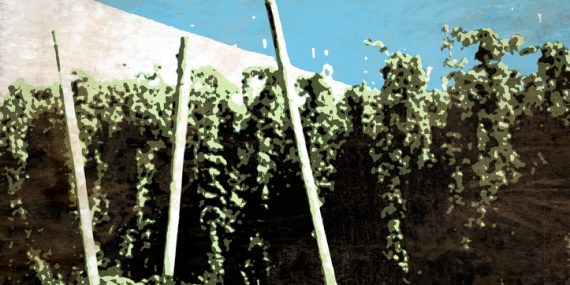