Home > Our Insights > Traditional and Innovative Hopping in Craft Brewing

There’s no doubt that craft brewers love hops, and in many cases, the hops in their brewing formulations define the style and brand.  However, this relationship can be defined as a love affair with complications.  There are certainly challenges that brewers have brought onto themselves during the craft brewing revolution with the advent of American-style IPAs.  India Pale Ales, as currently defined, is a broad category, but the over-riding characteristic is the much larger amount of hops included in the formulation for both bitterness and hop aroma, compared to most other beer styles.

Hops have always been a bit of dilemma for brewers in the simple fact that hops do not like beer.  The primary components of hops that provide the value to the brew, namely the hop acids and the essential oils, range from being moderately to highly hydrophobic.  This is exacerbated in that the bittering compounds – the humulones and isohumulones – are also averse to acidic conditions, and given that wort and beer are both aqueous and acidic, hop bittering and flavor compounds would much rather be somewhere other than in this liquid medium.  This is why, at best with traditional hopping methods, it is typical that only a maximum of about 30 percent efficiency in the utilization of the bittering acids is realized from hop dosing to the final beer.  The vast majority of the bitter components end up undissolved and often bound to solid surfaces such as vessel walls, pipes, suspended wort solids, yeast, and filter media.  The essential oils are also relative insoluble, and with their volatility, a good portion of those are lost though the brew kettle vapor during boiling, or stripped off during fermentation due to the CO2 that is naturally generated in this process, or scavenged in the liner of some bottle crowns.

In lager beers, and similarly lightly-hopped beer styles popular for much of the 20th century, hop inefficiency was a costly annoyance that could be mitigated somewhat tweaking the brewing process to improve optimization.  But craft brewing brought hopping into another dimension, going into hyper-mode.  To achieve the robust hop flavor that is needed for IPA beer styles, as well as driving the IBU bitterness to desired levels of 60 to 100, hopping rates are needed that are ten times, and often much more, than what is dosed into a typical lager beer.  There is also the additional cruel aspect of hop bittering that creates even greater inefficiency — the higher the hop bitter-acid concentration in wort, a disproportionately greater amount of hops are needed to drive the bitterness level needed to reach the IBU specification.

Apart from bitterness, to achieve the hop flavor for an IPA, no longer is it sufficient to add hops in the kettle or in the whirlpool.  Now dry-hopping (cold-side dosing) is needed to maximize flavor contribution.  And I’ll mention this now to discuss a bit further on, but when adding such a vast amount of hops as craft brewers do in IPAs and many other styles, the vegetative matter exposed in the wort and beer has flavor and mouthfeel influences that go beyond the traditional hop acids and essential oil flavor effects.

The inefficiencies described above are problematic enough, but the issue that is the most costly to craft brewers is that hop vegetative matter acts as a sponge that soaks up a good deal of the liquid in brewing, both in the wort and the beer.  This liquid is lost as the solids are separated from the beer stream, and subsequently this means valuable beer lost. The issue can result in final beer volume losses of 10% of higher.

So what can a brewer do to mitigate these inefficiencies and losses?  A product that has been around for decades is a form of hop pellets that are “concentrated”, known in the industry as T-45 pellets. Brewers are certainly familiar with the standard T-90 pellets, and in the days when bitter-type hops were only between 8 and 10 percent alpha acids, there was an opportunity to enhance the concentration of the pellets, mainly to reduce hop product shipping, handling and storage.  The method for producing the T-45s starts with macerating whole hops and exposing them to an extremely cold temperature, about minus 35 degrees Celsius, which allows the normally sticky lupulin glands containing the hop essential oils and bitter resins to become hardened and easily sifted and separated from the vegetative material.  The lupulin is then added back to about one-half of the vegetable matter, then milled and pressed into pellet form. In effect, this doubles the concentration of the hop oils and resins.  For example, from 8 – 10% alpha concentration in the original hops, to pellets with 16 – 20% alpha.  However, there is a limit to the amount of hop resins can be concentrated into a pellet, which is about 20%.  Higher levels bring about processing and handling issues.

Because high-alpha hops have now been developed through breeding that now can approach 20% alpha without concentrating, the need for T-45 concentrated pellets had diminished.  But in response to the craft brewers’ dilemma with excessive hop loads, variations of the concentrated T-45 type pellets have been developed with aroma-enhancement as the main focus.  Hop suppliers are now offering products such as cold-processed “lupulin powder” and concentrated lupulin hop pellets (modified T-45s) that are produced specifically from popular aroma hops for beer flavor enhancement that help reduce process losses.

Beyond these specialty hop powders and pellets, craft brewers can explore the realm of hop extracts and advanced liquid products that have been utilized by many of the major brewers worldwide.  It is well known that CO2 hop extract can improve brew kettle efficiency, is more stable than whole hops and pellets, and can reduce costs associated with shipping as well as eliminating the need for refrigerated storage.  Advanced products, designed for post-fermentation addition for both bitterness and hop aroma, can also provide great benefits.  But while these products have proven successful with traditional lighter hopped beer styles and brands, the demands for robust hop flavor with certain craft styles are an especially difficult challenge – not to mention that craft brewers have long held to the creed of “craft” and resist the urge to use highly processed ingredients.

Although this was particularly true in the early years of the emerging craft industry, extracts and advanced products are now better appreciated and utilized by the craft industry, but nonetheless, there are shortcomings in their effectiveness in robust craft beer styles.  I mentioned earlier that the flavor of highly hopped craft beers can be influenced by the substantial amount of hop vegetative material dosed into the wort and beer.  Much of this additional flavor component is derived from water-soluble compounds found in the hops that are not part of the traditional hydrophobic hop bitter resins and essential oils.  Most extracts and advanced products in the market are derived from CO2 extraction, which does not pull out the water-soluble hop flavor compounds.  This is of little importance when hop extracts are utilized in lightly hopped styles such as lagers, but replacing whole hops or pellets with extracts in highly hopped crafts styles leaves the desired beer flavor somewhat lacking, even with progressively higher extract dosages.  Hop flavor is achieved, but it is not often satisfactorily duplicated.

One solution that actually works quite well in reducing process loss is to replace only a portion of the bitter hop addition in the brew with standard high-alpha CO2 hop extract.  This is one of the simplest steps a brewer can take in reducing the vegetative hop load early in the brew, and thus reduce process loss with little or no flavor effect.  Replacing early bitter hop additions in the kettle with CO2 extract will provide the alpha acids needed for bittering, but will have little or no flavor impact in the final beer.  Many craft brewers are now using this technique with good success.  Dealing with resinous CO2 extract requires a bit more effort than adding whole hops or pellets to the kettle, but the net cost savings can make it worthwhile.

Recent developments with hop extracts have resulted in more user-friendly pourable CO2 extract based products for both beer bittering and hop aroma that are certainly worth checking out. These totally hop-based lower-viscosity liquids are simpler to measure and dose, and because the product disperses more quickly at lower temperatures, pourable CO2 extracts, unlike their thick, resinous brethren, are effective for aroma additions into the whirlpool.  I need to emphasize that CO2 hop extract based products, either traditional CO2 extracts or advanced aroma products, may not provide a reliable flavor-match to traditionally hopping, Brewers are better served at this point to combine the use of extracts with whole hops or pellets, which will provide many of the water-soluble aroma components that are so important.

Stay in touch with us at First Key and keep your eye on some of the new products being offered by hop suppliers.  We know great efforts are being made to provide fully-rounded hop extracts and other products targeted to further reduce, and possibly eliminate many of the obstacles you face with hop efficiency and process loss.  Significant advancements in this area should make it less of a challenge to truly love your hops.

Tim Kostelecky, Senior Advisor – Hops at First Key, is a leading hops and brewing technical specialist with 30+ years in the industry. He has worked for Barth-Haas Group as Technical Services Sr. Manager and at Coors Brewing as a Brewing Chemist. Tim has global experience providing technical services to brewers including traditional and innovative hopping in the craft brewing sector, as well as advanced hop product usage and optimization for the world’s major brewing groups. At First Key, Tim consults with brewers in hops usage, process optimization, beer formulations and hop sensory evaluation. Tim also provides hop education and training including lectures on hops breeding and cultivation, processing, traditional use of hops in brewing and advanced hops technologies. 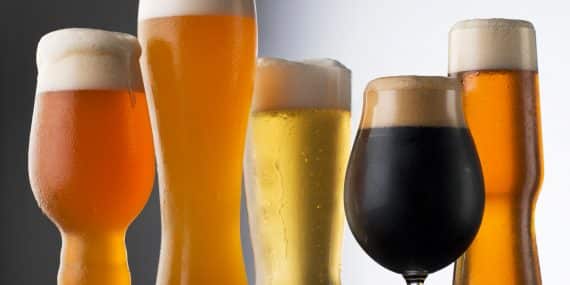 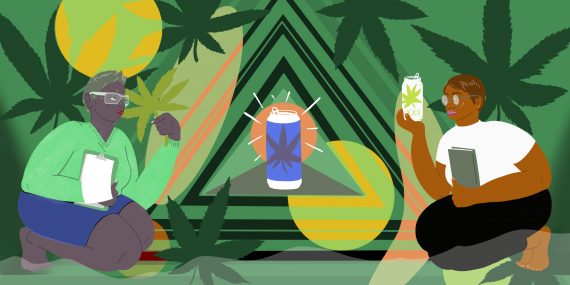 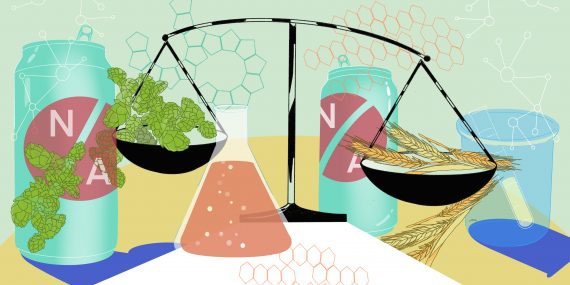