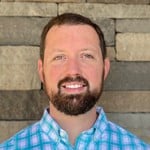 Prior to joining First Key, Tim spent 15 years with ABInBev in engineering and project management roles where he worked on brewery projects for all 18 breweries over the entire North American Zone. He was then appointed as the High-End Zone Capex Manager where he managed and led integration and expansion projects for their craft breweries. Subsequently, Tim became the Director of Engineering and Maintenance at Wicked Weed Brewing where he was responsible for capital plans, supply chain, production, maintenance, and environmental, health & safety programs. Following his time at ABInBev, Tim became the Director of Operations for Bold Rock Hard Cider where he led the overall quality, safety, production and general management of a large scale hard cider production facility.

Tim received his Civil and Environmental Engineering degree from the University of Missouri – Columbia, USA. Outside of First Key, Tim enjoys spending time with his family, going to the movies, exploiting the fact that he’s an Eagle Scout, canoeing, camping, and living life to the fullest.